In the line of fire

Basavarju (name changed) a temporary forest watcher lives in a remote enforcement (anti-poaching) camp in the Bandipur Tiger Reserve. Aged 55 with diabetics and high blood pressure his daily duty includes patrolling forests with his colleagues on foot. It is common that they come across elephants on a daily basis. However if an elephant chases him, which is likely on most days, he faces a tough time escaping from the pachyderms due to his illness. To make matters worse he is not covered under any insurance scheme and if something went wrong, his family would face dire consequences. Despite all these risks he continues to work to save our precious natural heritage; forests and wildlife. His story is similar to those of other hundreds of forest guards and watchers working in our national parks and wildlife sanctuaries. 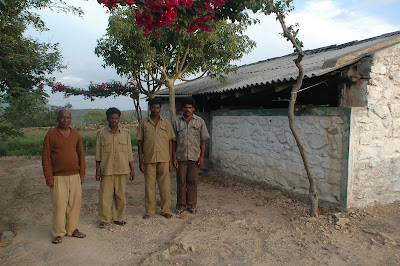 Forest department staff at an anti-poaching camp. Pic:Sanjay Gubbi
Encounters with wildlife poachers and timber smugglers constantly put lives of these foot soldiers at great risk. Skirmishes with people who come into forests everyday to collect fuelwood, non-timber forest produce or bring in livestock for grazing is common, often turning violent. Since most of the staff also come from nearby villages there are instances of families being socially boycotted for the protection activities the staff carry out.

Does all this hard work bring them any benefits? No, they even lack some of the basic facilities most of us enjoy. Wildlife conservation in the field is a 24*7 job. Hence the benefits of weekends elude these frontline warriors. They would feel blessed if they got a couple of days off in a month to visit their families. Often families fend for themselves with the family head remaining incommunicado for most times. Even salaries are often delayed making them dependent on local moneylenders who often expect favours in return, including timber from forests. 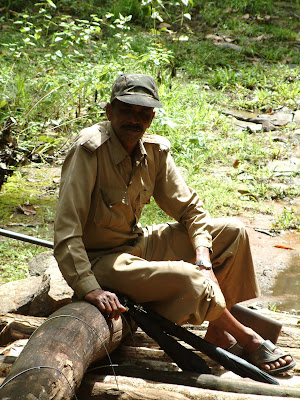 Many members of the field staff are old and unable to take the vagaries of field work any more. Pic:Sanjay Gubbi

Circumstances of temporary staff are worse. Their salaries are much lower than permanent staff and are never paid on time. Often the wait period is for several months. Then how do we expect them not to be lured by the attraction of bribes for letting timber smugglers or an occasional wildlife poacher?

Most times the anti-poaching camps they live in do not have basic infrastructure, let alone transportation. Some of the camps are located in remote, inaccessible terrains making their life even more difficult during emergency situations or monsoons. Yes, this is part of their job, but improved infrastructure could make their lives a bit more comfortable and reduce the time they spend on logistics. Cooking on firewood is highly time consuming (and also affects forests) hence gas stoves could be provided to antipoaching camps. Solar powered water heaters can provide that crucial bucket of hot water and make lives a bit easier during winter.

Apart from the salary, occasionally they receive one set of khaki uniform from the Government. Uniform is one of the first deterrence to criminal elements. It gives moral power to the staff to implement law. Without this basic requirement their implementing powers are compromised. Similarly umbrellas, shoes, torches and other simple but basic equipment are unavailable. Some civil societies and individuals take interest to provide basic equipment, uniform for the staff or education support for their children. However this is not carried out on a continuous basis. More importantly only the well known parks get the attention and support while the lesser known ones do not get this support from outsiders. Hence it is best that quality equipment and incentives are generously provided through the Government system which is more permanent. A few forest officials also take interest and support the staff with equipment. 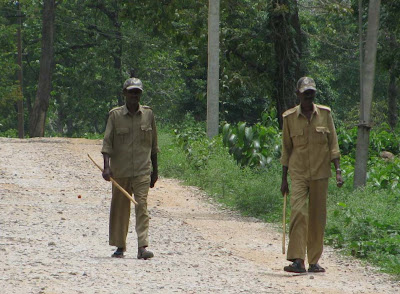 The frontline staff lack capacity (barring a few) to handle unruly situations. Hence there is a dire need to organise periodic refresher courses. Such training courses should be on improving natural history skills, handling of fire arms, public relations, managing human-wildlife conflict and other similar subjects. These are more practical and useful in the field rather than the old forestry skills. Wildlife conservation is no more economic forestry but conservation forestry atleast in protected areas. Hence skills that are suited to this subject are to be part of the training.

Tiger Reserves are now mandated to setup Tiger Foundations through which tourism revenue earned in the park is spent for park management. Sufficient portions of these funds should also be utilised for staff welfare and training. Government should allocate sufficient budget for staff welfare while drawing annual budgetary plans. An active role by the civil societies towards systematising the benefits rather than the ad-hoc support currently provided is essential.

India hosts one of the best populations of our flagship wildlife species including tigers and elephants. However the real heroes of this success story are yet to be recognised and policies to improve their lives have to be put in place. Despite the hardships these unsung heroes face, they remain as the cornerstones of wildlife conservation in the country. How long can we whine and whinge about the lack of facilities to these foot soldiers and not proactively change policies? 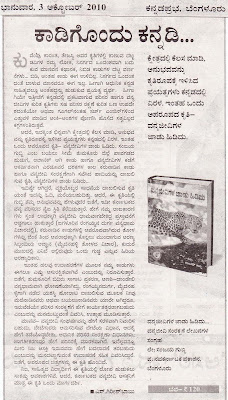 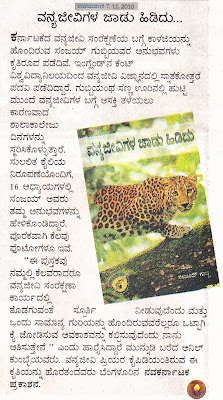 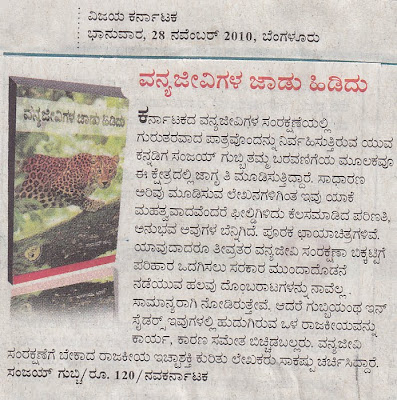