Traffic or Tigers? Versus in Deccan Chronicle


Let forest officials escort vehicles at night
I.C.Balakrishnan, MLA, Sulthan Bathery, Kerala
It has been four years since night traffic was banned in Bandipur. Initially, Karnataka agreed to lift the bank during the talks with Kerala government, but then some environmentalists went to court and had the ban enforced again. But it is affecting tourism as people have trouble planning their schedules to avoid going through Bandipur at night. Many, who want to start their journey to Bandipur Friday night and return Monday morning, cannot do so on account of the ban. Students and businessmen from areas on the Karnataka-Kerala border, who study or do business in Bengaluru are also inconvenienced as they need to plan their trips a day in advance now.
The alternate route suggested through Gundalpet, Hunsur, Kutta and Mananthavadi, is a lot longer and unpleasant as the roads are not in good condition. The government should instead increase the number of forest officials and use them to escort convoys of vehicles through the forest at night.

There have been no proper studies to support the ban on night traffic through Bandipur. In fact, when it was allowed, there were only a few cases of animal road-kills. The issue needs to be studied in depth by a combined team of Kerala and Karnataka. 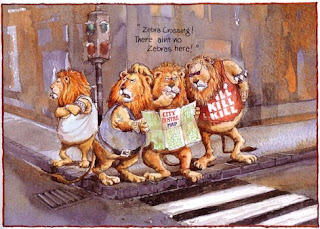 Wild animals do not understand convoy system
Sanjay Gubbi
The welcome benefits of economic development have come with serious costs to wildlife through loss and fragmentation of habitats, especially for rare and endangered animals. The backbone of country’s infrastructure growth has necessitated the expansion of road network. Coupled with high speed vehicles, roads have turned out to be an important linear fragmentation threat to wildlife. Mortality due to speeding vehicles and acting as barriers for animal movement are the two important impacts of highways.

The closure of highways for night traffic through Bandipur Tiger Reserve is one vital step to minimise the impacts of highways on tigers and other species. An alternate road that is 35 km longer acts as a mode of transport for night travel and the state has recently taken up repairs of this road. This rare 48 crore investment for infrastructure to save tigers, is a unique highly laudable gesture.

The state of Kerala has proposed alternatives such as allowing vehicles in convoy system under close supervision, building flyover and barriers along the highways. Wild animals clearly do not understand convoy system and their movements are based on their biological and ecological needs. Any supervision cannot dictate the movement patterns of wild animals. The other civil engineering solutions are neither economically or ecologically viable.  A flyover through Bandipur would cost a horrendous 4,000 crore not to forget the enormous disturbance during the construction phase, and barriers such as walls will wholly stop the movement of wildlife.

As the country moves forward with its ambition of 8% economic growth, more land is taken for the rapid expansion of its infrastructure. Places like Bandipur are one of the last strongholds for tigers and we need to support alternatives rather than continue to pursue ecologically destructive options that are largely driven by deceitful economic interests.

An edited version of this article was published in Deccan Chronicle on 06-01-2012
Posted by Unknown at 8:34 AM 1 comment: